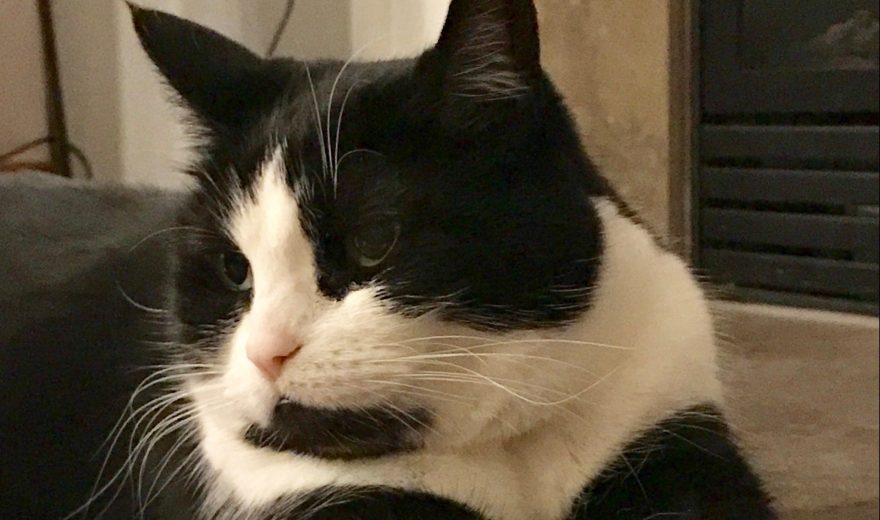 If you have or love cats, chances are you or someone you know has experienced “Feline Inappropriate Elimination” (cue foreboding music). That’s the technical term for pooping or peeing outside of the litter box, and it’s the number one cat problem I see in my behavior practice.

In fact, it is such a prevalent, yet solvable problem that I developed a quick and easy online course for those DIY folks that want to cut to the chase and get started with a solution (if you are in the “I’ve tried everything” crowd you will likely find it quite helpful!)

Over the course of her twelve year life she has gone through multiple phases of peeing or pooping outside the litter box… especially in carpeted corners.

For a while the problem was solved after they moved to a house with mostly wood floors. They were able to manage the issue by keeping the doors to the carpeted bedrooms closed.

But they still wanted Zoe to be able to sleep with them at night, and of course their bedrooms were carpeted. It didn’t take long before Zoe was finding time to use the carpeted bedrooms as her personal litter box.

After closing her out of the bedrooms, Zoe then started to poop on the carpeted stairs and the wood floor of the landing.

By the time I arrived on the scene Zoe’s family had resorted to covering most of her favorite spots with tin foil to thwart her efforts. It was doing the trick… but not a very decorative long term strategy!

With cat elimination cases it is vital that you start off with a trip to the vet for an exam and diagnostic lab tests. I can’t tell you how many clients (and even some vets!) have made the assumption that a problem is purely behavioral in nature when there was actually an underlying medical issue – and sometimes it turned out that the offending problem wasn’t even related to the urinary tract!  In many cases, a medical problem is what started the behavior problem, but then learned factors took over and a habit was formed. If the medical issue is not identified and addressed, full resolution can not be achieved. By having a urinalysis, fecal exam, and basic blood work done, at the very least you will have a comparative benchmark as your pet ages, and you may just discover a surprising factor that is contributing to the current behavior problem.

Zoe’s family tried many things to solve the peeing and pooping problem. However, they made the number one mistake that I see clients make.

They used the “shot gun approach”.

They tried a different type of litter – Zoe responded by kicking all of the new litter out of the box! (I guess that was a hard “no!”)

They tried CBD drops for pets.

They tried moving the litter box to different locations.

They tried using a covered box instead of an uncovered one.

These are all good possible solutions… but they tried them by changing the scenario instead of adding to it. With cats, the solution lies in giving them choices.

Welcome to “Ask the Cat!”

Start with ONE VARIABLE and find out what the cat prefers. To me it is all one big game show called “Ask the Cat!”

By giving the cat 3 or more litter boxes side by side, we can ask the cat to choose his or her favorite.

There are usually clues that will tell us where to start.

If the cat does not routinely cover their litter box deposits, it often indicates a substrate aversion… so offering a different type of material in each box may be where to start.

Or it may be the box size or design that is the issue, so offering one covered box, and one uncovered box side by side might be the place to start.

*I always also include one over-sized box choice! Most cats would like to turn around inside the box without brushing up against the sides. (Think of how you would feel in a port-a-potty if it was so small that you brushed up against the inside walls! Ick!)

With Zoe there were clear indications that the substrate question was the starting point. We gave her one box filled with her current litter material (always include the current option!), one box with a very soft brand called sWheat Scoop, and… since she had been targeting carpet… we also gave her a box with a square of carpet remnant!

It might sound a little crazy to use carpet in the litter box, but our first order of business is to find out what the cat prefers. Once we know that, the second step is to give the cat what they prefer so they go back to using the box.

If that choice is sustainable… great! Problem solved! 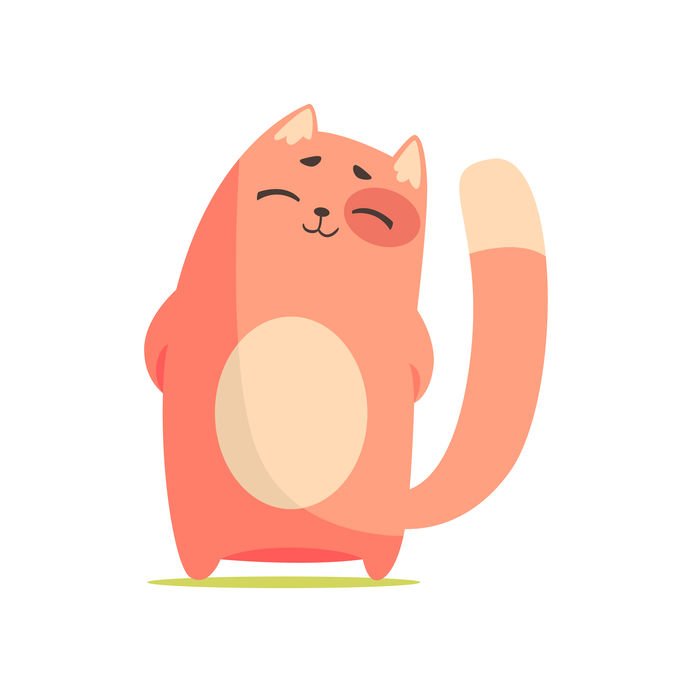 If they choose something like the carpet lined box and continuing to use pieces of carpet remnant is not sustainable (as it wouldn’t be for most people) we can eventually try to shift the cat back to something that works better for us. It is a very slow process, but first it is vital to get the cat back in the habit of using the box. This means about 6-8 weeks of giving them what they prefer.

In Zoe’s case, luckily she chose to use the new sWheat Scoop option! Just to be sure, we didn’t make any changes for at least two weeks so we knew we had a clear winner.

After she was making a consistent choice, we were able to eliminate the box with the carpet (thank goodness!) and we eventually eliminated the previous litter material as well.

Oops! Not so fast!

Two weeks into our plan, Zoe accidentally got into one of the carpeted rooms and… you guessed it… she peed on the carpet. Cue game show buzzer.

It will be super important to continue all management techniques to prevent wrong choices for at least 6-8 weeks. Only then can we start to provide supervised access to previous problem areas.

More to the story…

As is very often the case, there was more to Zoe’s problem than meets the eye. Over her twelve year life, this problem had come and gone. Zoe would go for months without an accident and then suddenly it would be an issue for several weeks.

When problems come and go like this, there are usually underlying factors, such as stress, that can push the cat over the brink and then the problem re-surfaces.

In Zoe’s case we discussed a multitude of stress reduction techniques (such as using the Tellington TTouch method) and ways to enrich Zoe’s daily life (such as foraging for food and using clicker training as brain games) so that the stress doesn’t build up again.

These stress reduction techniques can then be amplified when there are big changes on the horizon for Zoe, such as family vacations, remodeling, or even just extended guest stays or holiday parties. 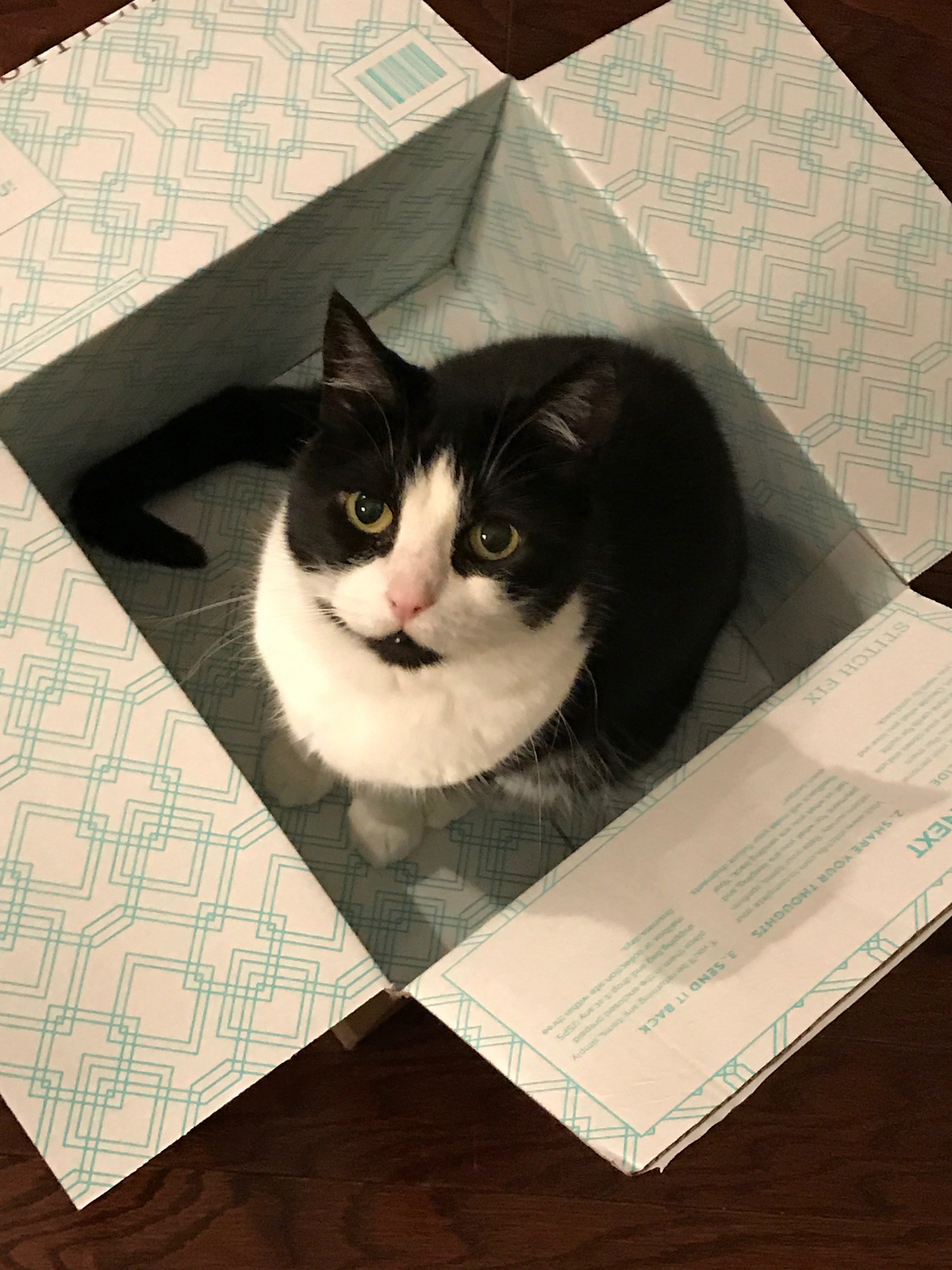 We are now 3 weeks into Zoe’s treatment plan and she has been happily using the litter box ever since my visit. We have a ways to go in order to be able to re-open her access to carpeted areas, but so far so good, and a pee free future looks bright!

Want to work with Suzi on a pet problem?

Suzi is available for in-home dog or cat behavior consultations through much of King, Pierce, Thurston, and Lewis counties in Washington state.
Suzi also conducts successful video / remote consultations world-wide for a broad range of behavioral issues.
To get more information or to schedule an appointment start by filling out the Behavior Questionnaire.
For pricing and options visit the Behavior Services page.

Spread the love
9
Categories: Uncategorized.
« Help! My Dogs are Fighting!
Shake it off, Baby! »